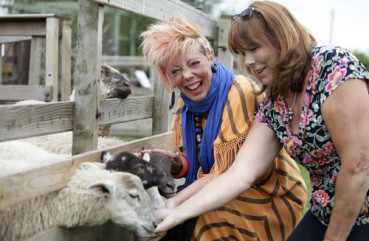 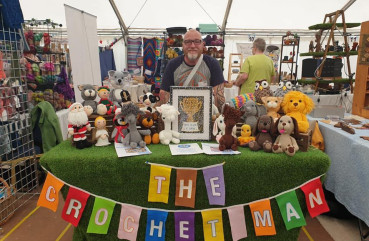 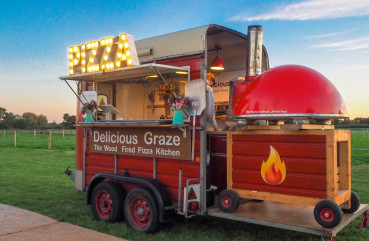 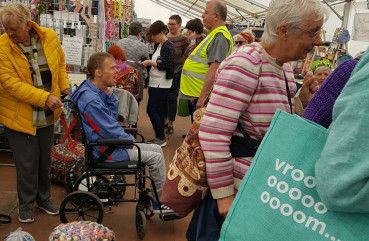 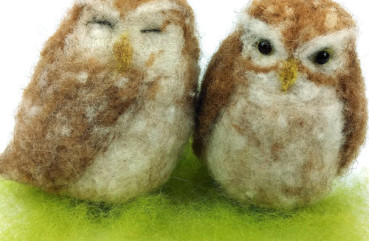 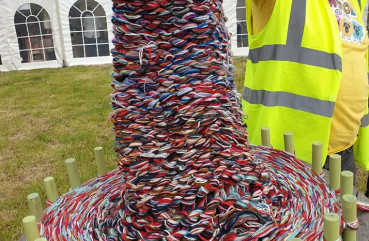 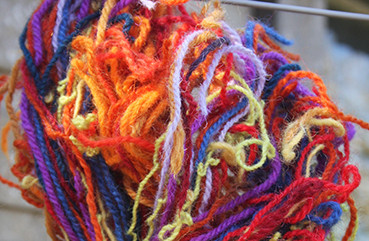 Crafting Kerry Travels to the Top
31st May 2017 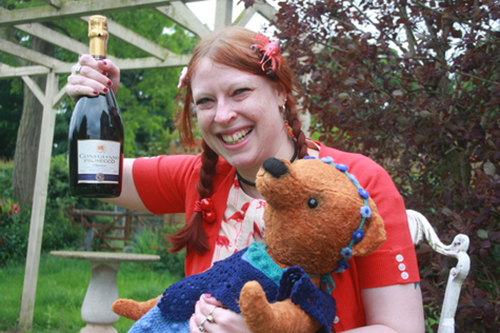 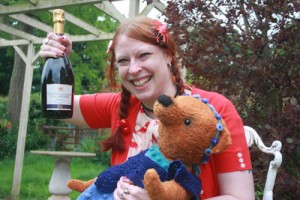 Kerry Ashdown, journalist, keen crafter & festival goer, who hails originally from Eastbourne and who now lives in Stoke on Trent, has won herself a First Prize Luxury Hamper with the Wool@J13 competition to dress a Bare Bear. Lovingly made specially for the successful 2017 show by Liz Walker from Wacky Walker Bears, the challenge was to create an outfit for the Bare Bear using any craft technique employing wool.

And Kerry’s a girl who loves a challenge. When she saw the competition, she seized the opportunity to learn something new. Her passion for craft gives her down time away from a computer where she does most of her day job and she can often be found crocheting on the bus, on the train, in queues, in restaurants and in cafes. In fact, she says, she started making the dress in a café in London.

“I love making things,” said Kerry. “I’ve made my own clothes before, but I’m better at yarn crafting. I’m also a keen festival goer. I just woke up one morning and found the idea in my head. The Bear had to be a festival chick.”

Kerry has crocheted a jacket for her biker dad before, complete with full fry up decoration. But, she says, the competition challenged her to use new techniques.

“I sketched out a picture of the Bear using the photos and measurements on the Wool@J13 website,” Kerry went on. “Then I used crochet for the dress, the cape and the sandals and needle felting, which is new to me, for the flowers on the headdress. My boss gave me some of the yarn. I love working with colour and I wanted to coordinate the whole outfit with other bits of yarn that I found. I also tried out the technique of blocking which is essential for creating a permanent shape for an outfit.

The competition judges loved her approach.

“We are so pleased that our Bare Bear at last has an outfit,” says Ingrid, co-organiser of the 2017 Wool@J13 show. ”Kerry’s colour coordination, neatness of technique and concept for the outfit were all factors which won her First Prize. Congratulations to her and we hope she enjoys her Luxury Hamper.”

Wool@J13 will be returning in 2018, back by popular demand after its very successful launch this year. Check in at the website https://wool-j13.uk/ to find out about more learning & competition opportunities for next year’s show.