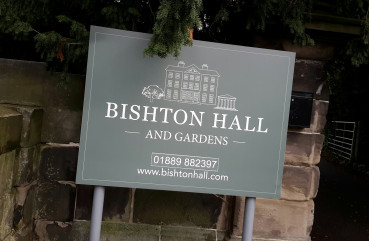 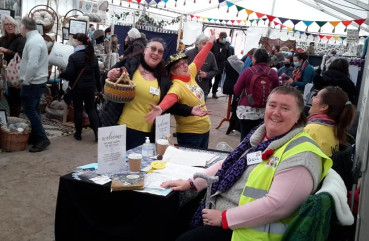 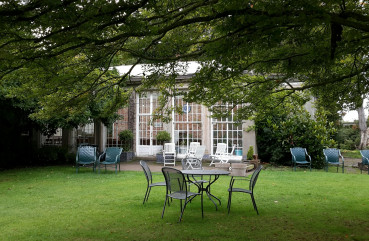 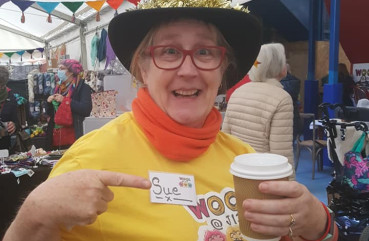 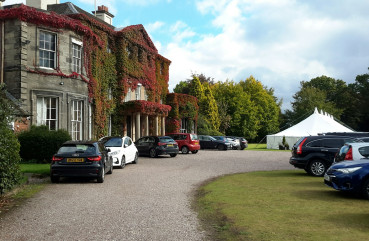 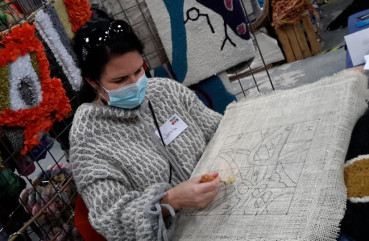 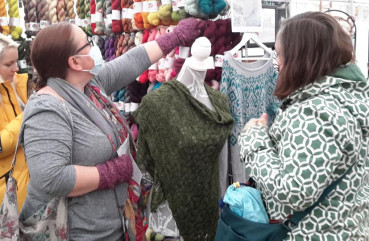 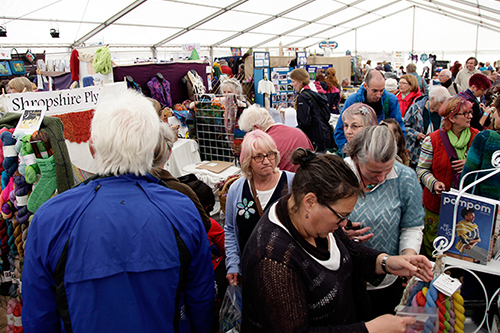 Blue skies, a festival vibe and stacks of wool and yarn-based fun welcomed some 1,000 visitors through the gates of the inaugural Wool @ J13 festival over the weekend or 13th & 14th May.

The brainchild of Staffordshire-based wool artist Ingrid Wagner, the event was organised in partnership with Val James who runs a farm attraction at partner Ray Bowers’ 600 acre farm on the edge of the Staffordshire town of Penkridge.

In addition to ‘shopping till they dropped’, with over 40 exhibitors having travelled to the event from as far afield as Glasgow and Jersey, visitors had the option of taking part in workshops covering a host of skills and topics; including dyeing, crocheting and big knitting. Demonstrations including spinning, Saori loom weaving, sheep shearing and Angora rabbit shearing took place over the weekend while a ‘stash swap’ offered the opportunity to weigh in stockpiled wool in exchange for the same weight in fibre bought in by other visitors. The event also included a fleece sale, hosted by the experts at the Rare Breeds’ Trust Woolly Roadshow, and live entertainment all weekend by close harmony trio The Haywood Sisters.

Ingrid says:
‘When I first suggested the idea of running a wool festival at the farm to Val, we both knew that we wanted to create something with its own unique atmosphere. The hard work paid off ‘“ the event was really buzzing all weekend with a friendly, relaxed vibe. As we’d hoped from such a central location we not only attracted local wool and yarn fans but visitors from all over the country ‘“ people I spoke to on the day had travelled from Manchester, Devon and London to name just a few.

‘The traders also reported having a good weekend and we’re delighted to say they all want to come back to the event next year, which is the real litmus test for a new show.’